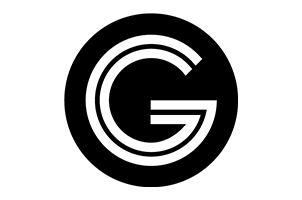 A number of inspirational and well-deserving people have been recognised in the 2019 New Year Honours.

Nationally, more than a 1,000 people have been honoured including famous faces but perhaps more importantly recipients who have given so much to help others, and even save others.

Locally, here is who has been listed in the 2019 honours.

Gopal Krishan Gupta has been awarded an MBE for his services to British business and philanthropy.

He was the first Indian court duty solicitor at both Harrow Court and Hendon Court. Over 1,000 wills have been made by him, most of which he has not charged for. He has provided work experience placements since 1990 for over 800 young people and six training contracts have been given by him to trainee lawyers enabling them to become fully qualified. He works with education trusts, and has donated more than £250,000 to charitable organisations and mobile medical centres in remote areas of India.

Riaz Alidina, from Rickmansworth has been honoured with an MBE for services to small business banking. He is currently head of financial institutions business risk, at Lloyds Banking Group.

Samantha Perahia, from Kings Langley, has also been recognised with an MBE for her services to the British film and television industry. She is head of Production UK, at the British Film Commission (BFC). She joined the BFC in 2004, and as head of Production UK, she helps provide tailored production support, guidance and troubleshooting to major international film and television projects from development through to delivery.

Meanwhile England manager Gareth Southgate has been awarded on the back of the country’s memorable run to the World Cup semi-finals.

After years of disappointment at major tournaments, the Three Lions ripped up the script in Russia to reach the final four and match the country’s best ever performance on foreign soil.

Watford-born Southgate was key to England’s surprise run to the semi-finals.

He said: “I’m an incredibly proud Englishman so having had the opportunity to have represented my country as a player more than 50 times and then to manage the team at a World Cup has been an absolute privilege.

“I hope that everybody that has supported me throughout my career feels pride in the fact that I’ve received this honour because I wouldn’t be in this position without that help and guidance.”

England striker Harry Kane received an MBE, having skippered England in Russia and won the Golden Boot after finishing top scorer at the World Cup.

Gupta Group are constantly looking for new opportunities to acquire or to do a JV. If there are any relevant opportunities, please contact info@guptagroup.co.uk

Maps were disabled by the visitor on this site.

This site uses cookies. By continuing to browse the site, you are agreeing to our use of cookies.

We may request cookies to be set on your device. We use cookies to let us know when you visit our websites, how you interact with us, to enrich your user experience, and to customize your relationship with our website.

Click on the different category headings to find out more. You can also change some of your preferences. Note that blocking some types of cookies may impact your experience on our websites and the services we are able to offer.

These cookies are strictly necessary to provide you with services available through our website and to use some of its features.

Because these cookies are strictly necessary to deliver the website, you cannot refuse them without impacting how our site functions. You can block or delete them by changing your browser settings and force blocking all cookies on this website.

These cookies collect information that is used either in aggregate form to help us understand how our website is being used or how effective our marketing campaigns are, or to help us customize our website and application for you in order to enhance your experience.

If you do not want that we track your visist to our site you can disable tracking in your browser here:

We also use different external services like Google Webfonts, Google Maps and external Video providers. Since these providers may collect personal data like your IP address we allow you to block them here. Please be aware that this might heavily reduce the functionality and appearance of our site. Changes will take effect once you reload the page.